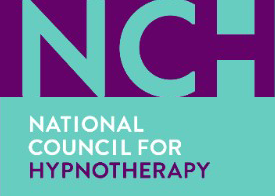 In part, this is why I got into hypnotherapy in the first place. Lots of sports people have the physical ability, know how and genetics. However, you also need the correct mindset. Hypnotherapy can help in many ways to improve a persons ability to perform in their chosen field. This is true when the pressure is on, in tennis you can often see this. When the game is almost over and the person losing has nothing to lose, they play better. They are more relaxed and can get in the zone.

It is true, that if you mentally rehearse something your brain can make the same neurological connections just the same as doing it in real life. I’m not saying to you, don’t rehearse physically, I’m saying, do both.

If you take bodybuilding for instance, arguably the top person in this field was a British bodybuilder named Dorian Yates. He was genetically gifted, but did not have the best genetics at his level. However he had the best mindset, which he used before training, to mentally rehearse going through the different exercises, to mentally feel how each muscle fibre felt. Dorian would also use certain mind tricks in-order to visualise a compelling reason why to move the weight, rather than just going through the motions. It’s only in the last 2 or 3 reps of an exercise that a muscle will breakdown muscle tissue, then with the correct diet and recovery, new muscle fibres will grow. A couple of other bodybuilders from the golden era, who also had this intensity of training were Arnold Schwarzenegger and Tom Platz.

Hypnosis can also be used during this rest and recovery stage, and to keep stress levels low. Which is key when are ready for competition as stress will eat into muscle tissue, it will also make a person hold water, and that can make the difference between winning and losing.

It you look at another sport say golfing, people like Tiger Woods use hypnotherapy regularly. Mainly because at that level, he already knows how to play golf at a top level. He just wants to go out and be on autopilot, as playing consciously will actually hinder his game. If you think about breathing a certain way, you hinder the normal rhythm of breathing because we breathe unconsciously. It’s like the law of reverse effect. The harder you try consciously to do something it’s does not work as well. In the very beginning however learning something new is very conscious driven, take for instance driving a car, but once you’ve done it a while, you can relax and do it unconsciously. In a way this is like hypnosis or can be called highway hypnosis, again similar to being engrossed in a movie or book.

I use hypnosis at various levels for sports, and it depends what level the person is at. This can be simply a few sessions or can involve more in-depth work, where I actually go and observe the person doing their chosen sport. This can also involve modelling top professionals to see what they do. This has been used in a variety of sports and can involve looking at a persons physiology. This has been proven to increase the performance of ski jumpers and even the military have used this to increase the performance or their marksmen.